Would you like to run your android apps on your pc?
Are you looking for the best emulators for android for your pc?

We have been using android emulators for years now. Emulators are improving so much that they are available for everyone. They work like a chain to connect different software and make software run even if it is built for a different software/hardware.

Emulators lets you do all this without having any issues. The only problem here is there are plenty of emulators available. Are they all good? The answer is no.

Although every company promotes itself as the best but reality is different. Finding a good emulator is far more complicated than actually using it.

What are Emulators, and How Do They Work?

An emulator is a hardware or software that creates an environment that imitates the other software. As a result, you can use that software on the host computer.

If you find it difficult to understand, I would like to clear this up with an example. An emulator is a system that enables one computer system to behave like another computer system. There are numerous types of emulators available.

Suppose you want to run an android app on your PC. For now, windows doesn’t support android apps natively. Then the question arrives, how will you do that? That’s where the android emulator comes into play. This article will cover the best android emulators for pc with pros and cons.

When to Use an Emulator?

Before giving you the best emulator list, we tried running multiple emulators on our PC. For instance, we handpicked the best android emulators for you.

Here are the top 5 best android emulators for you.

Blue Stack is one the most well-known emulators in the world. People have been using it for a long time now. As a result, it can run almost any apps or game you want. Another good thing about using it is big companies like Intel, AMD, and Samsung back it.

But why is it important? When big companies are backing this software, it is more likely to be safe and suitable than others. I have only one concern: it runs on android 7.1 nougat. However, they have promised to upgrade their engine with android Oreo. Let’s see how long it takes. Anyways, this is the story with every emulator.

1. You will have full access to Google Play Store.
2. You can download apk.
3. Gives the feature to create custom controls.
4. Can take screenshots.
5. Can Configure settings like display, processor, memory, etc.

Tencent develops Gameloop, one of the world’s largest game development companies; the game loop is no different. Its primary focus is games. If you don’t know, Tencent developed COD Mobile and PUBG.

They are official emulators of COD Mobile and Pubg. When starting, they were limited to running PUBG only. Later they fixed this and added support for thousands of games. Recently they added a new feature where you can stream movies and shows. 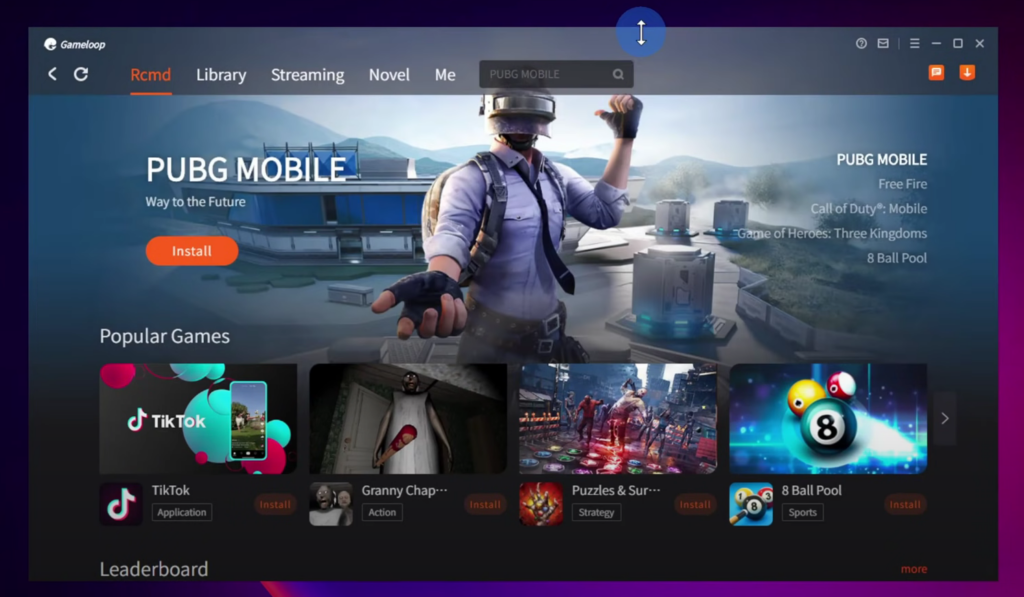 Are you looking for an emulator that can bring gaming joy to your potato PC? Are you tired of trying an emulator on your low-spec PC but getting nothing? If your answer is yes, then don’t worry. The Mumu android emulator is here. You may confuse it with Memu Emulator, but it is different.

However, there are plenty of emulators in the emulator industry. But the problem arrives when you have a low-configuration PC.

Mumu has created an emulator for people just like you. Its design is suitable for running android games smoothly on low-end computers. Not just his, it can run games on upto 120FPS.

If you are searching for an emulator that can run android games on your windows 11 pc without any issues. Then LD player is the right choice. It’s a well-optimized light android emulator. It doesn’t matter if you have an intel machine or AMD. It goes well with both chips.

Not just windows 11. It works fine with windows 10 and 7 also. In addition, you will get a dedicated app store to download games.

Nox is Hong Kong-based android emulator company. It was launched back in 2015. However, it was launched after bluestack, but how it covered the market is impressive.

It is very light in weight; even windows XP and windows seven can run this efficiently. The Nox team designed it more robustly than other emulators.

You don’t have to worry about compatibility, as it supports both Intel and AMD. The best thing about this is it can run smoothly even in low-end pcs. However, the performance depends more on the system configuration.

Still, the way it runs games on low configuration is impressive.

This brings us to the end of the discussion best android emulators for PC. Emulators have been available for a long time and have significantly upgraded during this period. But cloud technology is slowly reducing the importance of emulators.

Although, it is a discussion for the future. When the cloud will replace emulators completely, but for now, these are great to use android apps or games on PCs.

All the emulators shown above are excellent for you. We have handpicked these for you. So you can use either of them. Just look at your requirements and choose the one that suits you best.

This guide will help you choose the perfect emulator for you. You should also see our guide on how to share WhatsApp chats from android to ios.

Have you ever used an emulator before? What was your experience? Please tell us in the comments below.